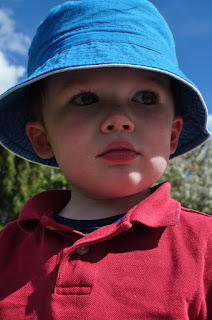 I am trying so hard to make this month's post work, which is probably why it is now more than a week overdue and I am still waiting for everything to coalese into something workable. The largest segments of these posts usually come when I am running around the gym track or lying in bed early in the morning unable to sleep because I know I need to write and then that month's post just suddenly writes itself and I rush to the computer and type quickly to get it all down so I can start the editing process. Editing is so much more enjoyable when you have a nice long post to comb through. Why is this month so hard to write? I have had all these thoughts swirling in my head for weeks and yet I cannot seem to make them come out correctly on the screen. Perhaps it is because the pendulum between your emotions and mine seem to swing so wildly from hour to hour and day to day. The moment to sit down and write comes and goes too quickly for me to capture it into something pleasant to read instead of a screed against all toddlers and their insane and awful behavior. We are starting to see glimpses of you at three years old, even though it is still five months away, and I will just say that I am very very afraid. It's ugly. It's all the annoyances of two but stripped of any of the charm of two. I spend a lot of times these days apologizing for losing my temper and talking with you about how much better life would be if you just stopped and listened to me. Five minutes later you are ignoring me again and I am saying, "Luke, how many times do I have to ask you not to do this?" You always answer, "One." Then I go off in a corner and scream.

Maybe you are acting crazier because your brain is going about ten thousand miles per hour all the time. In the last month you have shown a marked interest in letters and how to spell things, spurred on in large part by your newest love: the show Word World. You are so into it and I totally support your love because it is so much less annoying than Thomas. You are learning new words all the time and trying to spell them with your magnetic letters on the fridge. We help you spell the word DUCK and for some reason you always want to tack on the letter L to the front so it spells LDUCK. Very French of you. 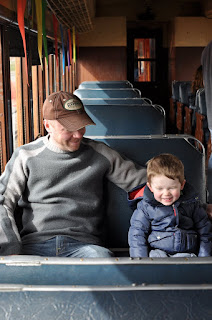 However, your adoration of Thomas - while somewhat diminished when watching television - continues unabated in other parts of your life. We took you to see an actual real life sized Thomas engine up in Heber over Memorial Day weekend. The day was memorable in two respects. 1) We woke up to snow that morning and 2) it was truly the happiest I have ever seen you in your entire young life. You were so excited walking towards the Thomas engine that you practically levitated off the ground squealing, "Oh! Thomas! Oh! Thomas!" Your dad and I had tears in our eyes and could barely speak because it was so gratifying to see you that happy. Then we walked around the exhibits and you discovered a tent filled with four train tables complete with dozens and dozens of trains. Perfect happiness achieved for you and about 50 other kids crammed into the tent.

We drive around a lot these days and you often ask for the Train Song - i.e. the theme song from the Polar Express - which I generally deny on the grounds that Tom Hanks yelling a song at me can only do great damage to my fragile mental state. However, I always acquiesce immediately to your request for The Race Story - also known as Atalanta, the story of the girl who ties Young John From The Town (for that is how I see his name in my head and it always my sisters' voices saying it in perfect imitation of a very young Alan Alda) in the race to determine her future. The story is, of course, from Free To Be You And Me, a record (how strange that you will have absolutely no idea what a record is) that I listened to approximately 58 billion times when I was young. The first time I played the title song from the album, now nicely downloaded onto my iphone, I broke down in tears. You did too because you were about nine months old and hated all new music. But you have grown - or maybe I have forced you - to love some of the stories and I absolutely love that when Alan Alda says, "And the runners...were OFF!" you cheer and immediately pretend to be running a race in your car seat. It is the only time I allow you to kick the back of the passenger seat because really, you have to have some way to show that you are running a race. It's all very exciting but I always get a thrill when you love the same things I loved when I was a kid. I love that there is a place in your childhood for the same things that I played with when I was a child and that so many more things wait in the wings for you - Charlotte's Web, Henry and Ribsy, jumping off the diving board at the pool, riding your bike around the block, sleepovers and camping trips, s'mores and staying up past your bedtime on New Year's Eve and swinging all by yourself on the swing at the park.

A few weeks ago you finally started camp at the JCC and I had a huge lump in my throat as we walked in for the first time. I couldn't believe we had reached this point already. I remember very clearly looking through the camp information when you were about nine months old and your dad said, "Camp? That's years from now." And it was, but in a heartbeat two years ticked by and now at last you get to be a camper. We joined the JCC when you were just about five months old just so I could leave you at the day care and sit by myself for an hour a day. I would look at all these big kids coming in and out and dream of the day that you would join their ranks but also not able to picture you that old at all. And now three days a week you race into the building shouting hellos to anyone who will listen to you.

Why do these things make me cry? Is it the passage of time? The fact that you are old enough to go to camp? The unbearable sweetness of you in your little shorts and tee shirt and Keens? The fact that you are joining this community of campers at the JCC that has been going for decades and are now a part of that great tide of children seems so amazing because you are slowly taking your place in this world? It is probably a combination of all these things along with a hazy vision of what I want your childhood summers to be: fun, carefree, perhaps an occasional disappointment like the library doesn't have the book you want, popsicles from the ice cream truck, filled with friends and sprints through the sprinklers in the backyard. I want you to be part of this community that stretches back decades and will continue for decades. Your father and I both belonged to similar clubs, swam on similar swim teams, went to similar camps (OK, he went to Space Camp. I never did that) but we left all of those ties behind when we left our hometowns. Will you be different? Will you continue to return to Salt Lake City to your friends and family? Will your children swim in the same pool? Go to the same camp? Will you put down roots in your parents adopted home? I have a secret wish that you will but I suppose most parents have the same wish. 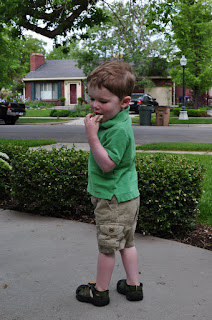 The first day of camp you were so excited that you kept telling me the names of your teachers and that they were going to say hello to you when you got there and within moments of walking onto the playground it was as if you had always been there. When I left you were sitting on a tricycle and you called back to me as you attempted to push the pedals, "have a good day Mama!" As I drove away that morning I could see the bigger kids cheering as their own first day of camp started and the cheers followed me up the hill and around the corner and just like that another piece of your childhood clicked into place.
Posted by kate reymann at 9:48 PM 2 comments: